One Scenario is to dream up a Pakistani Empire and the other is planning an Azeri-Turk Iranian Empire. Both these options are not very good for Afghanistan. There can be no integration of AFghan economy into Iranian economy as long as Azeri Turks are running Iran which have totally alien culture to Afghans. So the project of a central Asian European Union type sturcture is not possible.

In central Asia , Persian-Afghan Culture have influenced those countries in the past. But that Iran under the leadershop of Azeri Turks is not the cultural inheritor of ancient Persia. Currently now Iran is more similar to Mexico than ancient Persia. It has the character of a Maffia state.

But Afghanistan and its people are actually closer to ancient Persian Empire than Iran is. What is needed is the creation of an Afghani Empire based on Afghans including Persians living in Iran. This combined force can remove Azeri Turks from power in Iran and replace Afghans and Persians instead. Beginning of 1980's some people in Iran had these plans and that is why they nominated an Afghan as the first President of Iran post "Islamic Revolution" in Iran. One of these people were Ayattollah Khomeniny himself.

That is the only way out for Afghanistan. How an Afghan with 5 cents in his pocket is going to stand up to an Azeri Iranian with millions of dollars and a latest model car coming to Kabul to take an Afghani girl to Tehran? This is not a joke. They have already made a music video about it. Empty talk about United Nation and World Peace is not going to help. This is the lesson that Russians have learned. Otherwise Afghanistan will either become Pakistanized by Pakistanis or Turkified by Azeri Iranians. Events will eventually take over and wake you up from sleep.

1. Afghanistan is only 300 years old country. There is no such country in ancient history.
2. Afghanistan is actually ancient Persia which has kept its independence. Persia or Iran has fallen to Turkish hands.
3. Zoroastura was actually from Afghanistan and Persians still have Zoarastrian culture in addition to Islam which they share with Afghans.
4. The most important resource is not money or oil but people and their culture. In those terms Afghanistan is a very rich country.
5. Afghans and Persians have led one of biggest Empires in history for 100's of years. The current situation allows a re-creation of that Empire. 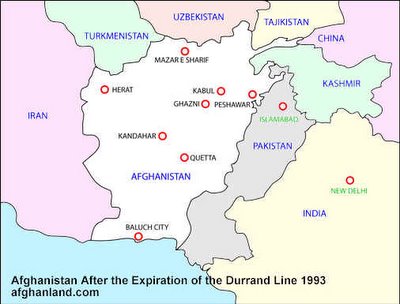 Posted by Anonymous at 2:36 AM

burning catalysm_dragonz said...
This comment has been removed by a blog administrator.
February 28, 2006 5:37 AM

shut up with your disgusting anti-iranian posts.

death to the agents of the west.

and where doea India stand in this grand theme ?

WOW! Whoever wrote this should ease up on the afghan hashish it is affecting their rational thinking!
Or, is it another one of those subtle jokes I did not get ?

Your reasoning is pretty interesting, not that it makes any sence, but interesting. It goes to show that you are not familiar with the region at all! you are talking about a country that still to this day does not have a central water or electricity, yet you are claiming their globalization!then again you have the luxury of living in the west and flow with the blow!! this goes to show any idiot can be a blogger!!! nice try

Afghan Empire? That would be a good thing to see! Although it will have a major impact on Iran’s construction industry as a large portion of the labours (locally called “Ammaleh”) come from Afghanistan!

And how about the fifty millon red eye Kurds ,red eye like forest fire .looking for ealiest opurtunity to recover every peace of real estat belonging to Ki Qobad & Ki Khosrao under Derafshi Kawiani flag .
Stop smoking Hashish now other wise some Kurdish tribe may take your Hox Boks seirously and invade Afganistan for a change tray Kokain,get help now

salam to every one.Your absolute right. According to some y-chrosome DNA test, most of the iranian are azer and turk.
But DNA samples from Iran show far fewer Indo-Iranian markers in the west of the country, despite an Indo-Iranian language being dominant across the region.

Yes. I saw the research. Here are my comments on "genetic research" on Iran.

Mara.. sta mazgha kharab shavee dei? It's a good idea kho.. why don't we just have a normal Islamic empire. I liked the ottomans, despite the fact that they ruled based on a monarchy.

Oslonor from Norway,
Why you spend so much money and time trying to divide Asian lands?
You are a vampire.

Shut up with the disunity people


Are you in need of a loan? Do you want to pay off your bills? Do you want to be financially stable? All you have to do is to contact us for more information on how to get started and get the loan you desire. This offer is open to all that will be able to repay back in due time. Note-that repayment time frame is negotiable and at interest rate of 3% just email us creditloan11@gmail.com 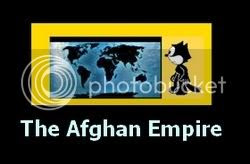